The UFA Film Nights take place in the Kolonnadenhof courtyard of Berlin’s Museum Island in the heart of the city. Museum Island is a magnet for visitors from all over the world. Here lies the cradle of today’s National Museums in Berlin, which display their outstanding collections documenting the millennia-old history of art and culture in Europe and the Mediterranean region in this incomparable ensemble of buildings. In 1999, UNESCO declared Museum Island Berlin a World Heritage Site as a “unique ensemble of museum buildings illustrating the development of modern museum design over more than a century.” 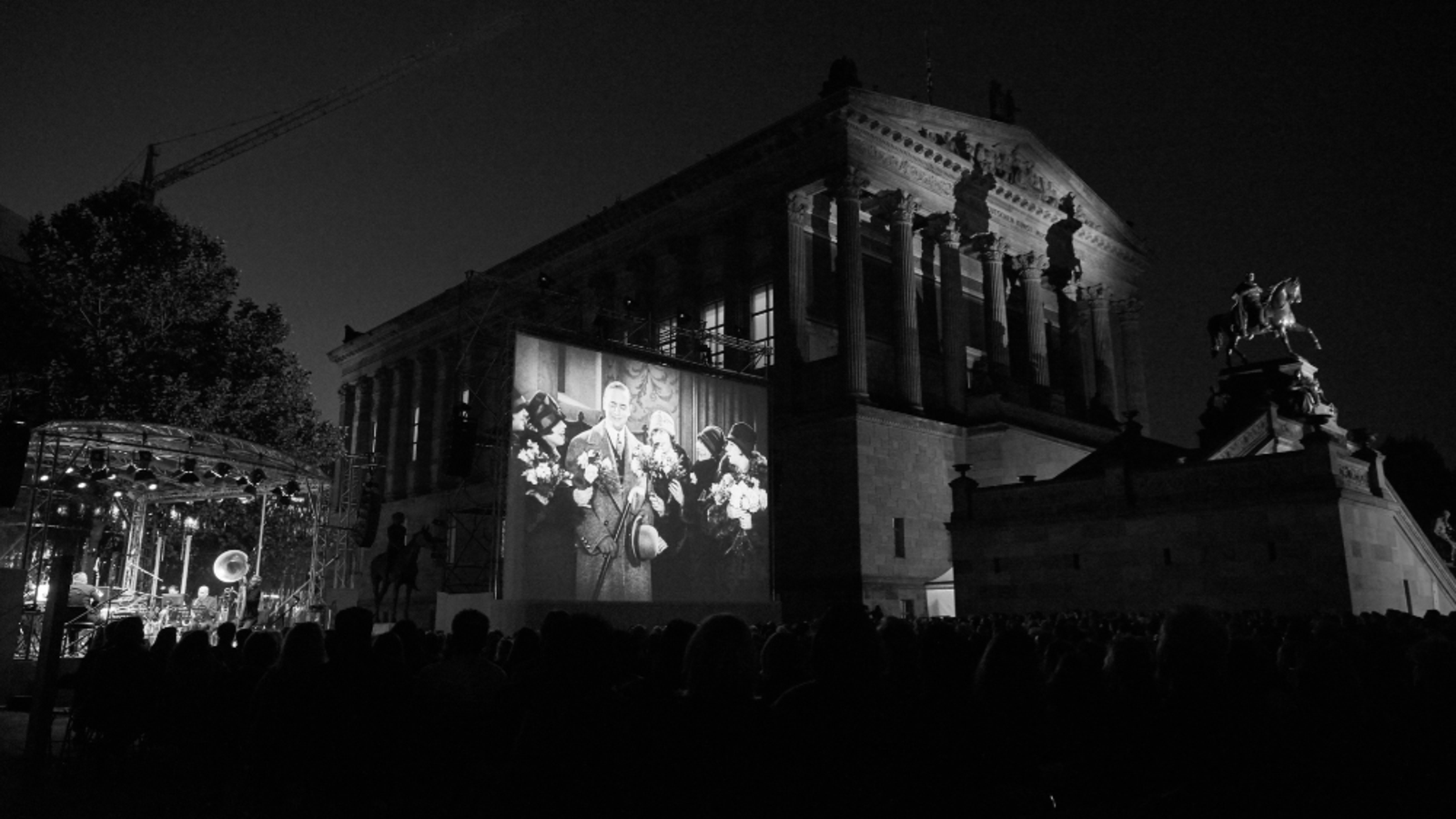 The start of construction on Berlin’s Museum Island is closely tied to the Enlightenment and humanist ideals of the early 19th century. Great architects such as Karl Friedrich Schinkel and Friedrich August Stüler were instrumental in the architectural design of the island in the River Spree that is both the historical starting point and the city center of Berlin. To this day, their masterpieces of classicist architecture lend Berlin’s Museum Island its unmistakable face. With the opening in 1830 of what is now the Altes Museum, Museum Island Berlin began to develop into a “space for art and science” under Frederick William IV. This was followed by the construction of the Neues Museum (1843-1855), the (Old) National Gallery (1867-1876), the Bode Museum (called the Kaiser Friedrich Museum from 1897-1904) and the Pergamon Museum (1910-1930).

The central open space on Museum Island is the Kolonnadenhof courtyard, surrounded by the buildings of the Neues Museum, the Pergamon Museum, the Alte Nationalgalerie and the colonnade walkways. The original design of the courtyard dates back to 1880. The layout and motifs of the historic design have been taken up in the current version and carefully modernized.

This place steeped in cultural history once again serves as the perfect venue for the UFA Film Nights this year.